“Deep in the middle of our forest at the southern edge of our property a majestic maple tree grows. Older than the club itself, it stands at the junction of three of our archery trails. Whether it is a sugar maple, a black maple or a red maple does not matter, what matters is that it is the dominant tree in the area and was chosen to be a memorial tree or as we call it today ‘The Memory Tree.”
The Memory Tree came into existence when one of the past presidents ‘Sue Miller’ and one of our longer term, hardworking, members Larry Aucoin passed away.

Sue sat on the board of directors of the club for a number of years in the late eighties and served as president in 1990-91 and died shortly after her term after battling cancer. Larry Aucoin represented YCB on the OAA board of directors. He also passed away in the same year as Sue (1993). Sandy Button and Gary Hunt, members at the same time as Sue and Larry, discussed the idea of remembering our people at an informal meeting with the then board of directors headed up by Jamie Anderson, president in 2000.

The discussion took place at one of the many bonfires we use to have in the evenings.

The consensus was that the York County Bowmen Club should create a suitable memorial to members who made a significant contribution to the club.
Sandy took the initiative and on one of his many forays through our forest found the memorial tree. He along with Gary Hunt made up the first two plaques to go on the tree with the names of Sue and Larry.

Another plaque was also made and placed on the tree with the inscription: The ‘Memory Tree’ Dedicated to the memory of those YCB Members/Friends who once walked these trails.

Sandy (Alexander) Button was the individual who originated the YCB Memory Tree.  He currently lives in NFLD enjoying his passions.

Here are the names of those members who now reside in the branches of this majestic tree.
They are in order by Decades and a bit about what we know of each: 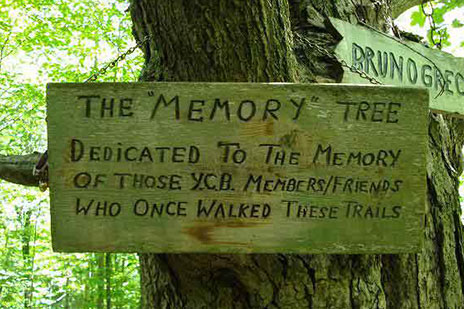 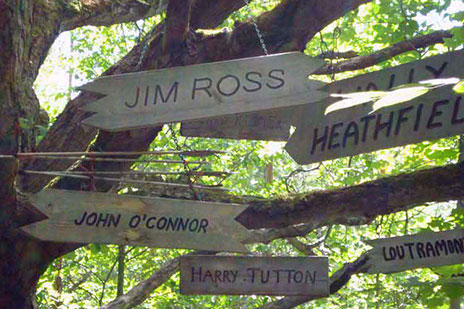 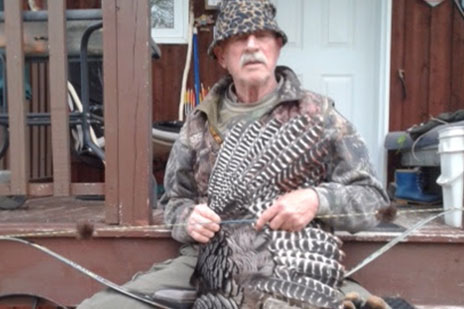 We use cookies on our website to give you the most relevant experience by remembering your preferences and repeat visits. By clicking “Accept All”, you consent to the use of ALL the cookies. However, you may visit "Cookie Settings" to provide a controlled consent.
Cookie SettingsAccept All Read More
Manage consent

This website uses cookies to improve your experience while you navigate through the website. Out of these, the cookies that are categorized as necessary are stored on your browser as they are essential for the working of basic functionalities of the website. We also use third-party cookies that help us analyze and understand how you use this website. These cookies will be stored in your browser only with your consent. You also have the option to opt-out of these cookies. But opting out of some of these cookies may affect your browsing experience.
Necessary Always Enabled
Necessary cookies are absolutely essential for the website to function properly. These cookies ensure basic functionalities and security features of the website, anonymously.
Functional
Functional cookies help to perform certain functionalities like sharing the content of the website on social media platforms, collect feedbacks, and other third-party features.
Performance
Performance cookies are used to understand and analyze the key performance indexes of the website which helps in delivering a better user experience for the visitors.
Analytics
Analytical cookies are used to understand how visitors interact with the website. These cookies help provide information on metrics the number of visitors, bounce rate, traffic source, etc.
Advertisement
Advertisement cookies are used to provide visitors with relevant ads and marketing campaigns. These cookies track visitors across websites and collect information to provide customized ads.
Others
Other uncategorized cookies are those that are being analyzed and have not been classified into a category as yet.
SAVE & ACCEPT